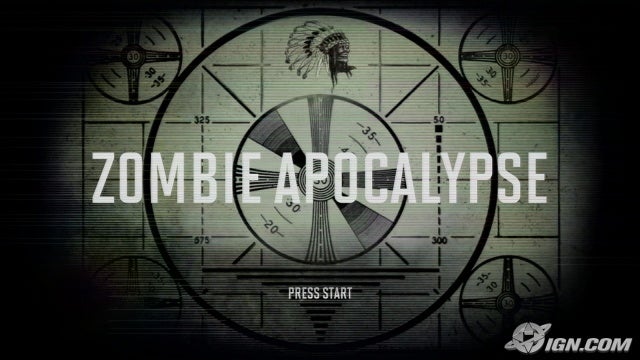 After 31 years of gaming, how am I still surprised by what players do?
So as an interlude, and a way of play testing my game system, some of the players in my group agreed to let me teach them my system and run them through a small adventure.
Being a little worn out on the fantasy genre, I decided to run a zombie-pocalypse adventure. I knew we had our Pathfinder break coming up a couple of weeks in advance so I had time to really plan something interesting with character back stories and location maps and the works.
There were 5 players and me: A scientist, a contract killer, an MMA fighter, a traveling biker with a haunted past, and an EMT. None of the character's knew each other and none of the players knew what the game was going to be about so I gave them their backgrounds, all of which led them to a Red Robin near my house, and put them in their own locations in the restaurant.

The premise of the story was that the scientist player, Cody, had been working on a vaccine for Leukemia as a private project at his corporation and his evil boss had stolen his data and accidentally mutated it into a virus that causes the living to die and then rise again to become back up dancers for Michael Jackson. The evil boss asked to meet with Cody to discuss his future, or lack there of, with the company now that he stole his greatest invention. Long story short, he (the bad guy) had been experimenting on his wife and some other people (larger story behind the wider break out) and the wife was infected. She wanders into the Red Robin and then proceeds to attack the hostess, infecting her. The party reacts, or over-reacts as players usually do, and a gun is pulled. The contract killer, Patrick, pulls his pistol and fires at the wife who has, by this time, has gnawed on the hostess until she died. The biker, Ken, not knowing whats going on tackles Patrick and tries to stop him from killing anyone, not seeing the preceding gnawing. Punches are exchanged and the hostess and wife both stand up looking for new victims, which they quickly find. Before they know it, the virus is spreading inside the Red Robin as well as outside in the shopping mall. Ya see, the wife didn't come right in and there were already others in the area creating new zombies. Well, our scientist, being the scientist that he is, (and this is where it starts to get interesting) heads for the bar and starts searching for the strongest alcohol they have....and a book of matches.
Before I go any further, let me explain what I (naively) thought would happen. I assumed they would finish off the threat in the restaurant and then barricade the doors and windows to ride out the death storm going on outside. They would have plenty of food and water, and there is a Bass Pro Shop (an outdoorsman's heaven on Earth for those of you unfamiliar with the franchise)  nearby that I thought they would eventually try for to get weapons and gear. Nice little survival horror scenario wrapped up with a bloodstained bow.
Now let me tell you what ACTUALLY happened. And this is where I laugh every time I think I can predict what a party is going to do. Cody, quickly shoves napkins into alcohol bottles and begins hurling them at the zombies, which he gets "close enough" to and ignites a couple. Meanwhile, Patrick and Ken are taking on some of the zombies and Kyle, the MMA fighter helps a couple of other patrons in the restaurant escape just as he sees the carnage erupting outside. He quickly slams the door and starts the barricades. Mary, the EMT tries in vain to help where she can, but catches some flaming shrapnel and decides to get as close to the fire bombing mad man as she can to avoid being a target. Ken sees Kyle blocking the doors and moves to the windows to see whats going on. Meanwhile, the mad bomber gets the brilliant idea to BLOW UP THE RED ROBIN!! He heads into the kitchen with Patrick and Mary and tells them they have to blow the pace up to kill the zombies, so they start cutting gas lines to the ovens and set up an elaborate detonation system involving cleaning solution, steel wool and a microwave.
They head for 'z hills and yell for everyone to follow...as they are blocking all the doors to save everyone. A quick smell of gas and they decided that they don't have enough health insurance to cover the impending char-broiling they are about to receive and boogie out the door after them. At the beginning of the game I told them each where they had parked, drawn a map of the parking lot and placed markers for each of their vehicles. So what do they do? You guessed it, they picked a strangers pick up truck, spend minutes trying to pick the lock before someone suggested they bust the window open and then several more minutes trying to figure out how to hit wire the damned thing! While all of this is happening, Patrick and Ken have used up all of their ammo holding off the zombies while they steal a car right next to one of the cars they already had keys to! They pile into the pick up truck and get the hell out of dodge. They all look at me with smiles on their faces like "Ok, what happens next?" Well, at this point I was sitting behind my screen slack jawed and completely dumbfounded. Not only didn't they do what I had planned, they actually poured gas on it and lit it on fire...literally. So now I have to scramble to come up with an entirely new adventure on the fly to fill up the rest of our evening. Luckily, about that time the bagel bites and egg rolls were done so I have all of 30 minutes to write a new adventure.
Well, to sum up, they went on the run, wound up at a nearby military stockyard and talked their way past the gates before a horde of the living dead moon-walked all over their asses and only one person got bit.
I'm a little gun shy about our next adventure. Their already anticipating how much explosive material they could have at a military compound.
Posted by The Frothy Friar at 12:36:00 PM