EMPIRE
A Universal Role Playing Collective
"Bringing Advanced Gaming Back to Basics"
I've often asked myself "Why are you writing this game? What's the point?"

Sure, there are just under a billion RPGs already out there, but I think I have some clever (if I do say so myself) ideas in a few areas of gaming. I won't claim to have read, or even seen, all the games that are out there, but I do think that a couple of ideas that I came up with are original.

So here are a few reasons why I created my own system:

I like to learn one system and be able to do almost any kind of game that I can think of. I plan (with any luck) to create a series of accessories that will detail specific genres, all using the basic system of rules. For example: Fantasy EMPIRE, Space EMPIRE, Wild West EMPIRE, EMPIRE of the Elder Gods, etc. I love playing all types of games; fantasy, cyberpunk, Star Wars, post-apocalyptic etc etc etc. but I hated having to learn (or remember) a different rule system for each type that I wanted to play. I also hated having to buy a new set of rule books for each game and trying to convince the rest of the group to do the same. Why don't you just stick with the D20 system then you ask? Well....

2) I don't like level and class systems
I have always had a problem with systems that categorize characters by class. It seems too limiting and stifling to character creativity. It was always odd to me that a wizard, for example, couldn't be as good with a sword as anyone else just because he could cast spells. Sure, it could unbalance a game, but that's a fundamental flaw with the system and it creates an arbitrary "because I said so" rule. That's not how humans work. I've never heard someone say "Sorry guys, I can't go jet skiing with you this weekend, I'm a computer programmer so I can't figure out how." People are who they want to be, they learn what they want to know. That inherent focus keeps a person from learning everything there is to learn (Batman not withstanding). That is the balancing factor. You can learn any skill you want to make you who you want to be. If you want to be a police officer and still paint, that's fine; if you're a soldier and are interested in studying law, more power to you. You should never be told "You can't learn that skill" or "You'll never be as good with that skill" because or your chosen profession. 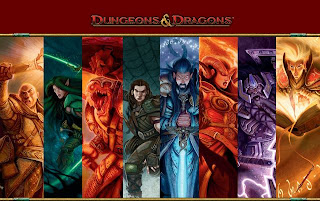 Level systems are another pet peeve of mine. I've always felt that with level systems, the majority (not everyone of course) of players focus more on getting enough XPs to gain one more level so they can suddenly and inexplicably become more powerful. First of all, I feel that can severely detract from the game itself and the beauty of immersing oneself in the adventure because you become fixated on "Did we level?", "How many XPs did we get for those orc?" or my favorite "I only need 50 more XPs to level, I go look for some goblins to kill". You should be more interested in the adventure and where the GM is taking you rather than personal advancement (IMHO). Secondly, I always thought it was odd that suddenly, and inexplicably, you are much more powerful than you were yesterday! If your boss promotes you to supervisor, do you suddenly become better at your job and develop a new skill? or do you gradually gain is the skills you already know while learning new interests as you progress through life? I feel its the latter. Granted, XPs are the representation of gradually gaining in 'skill', but really, its not. Its a point counter leading up to the next sudden power boost. 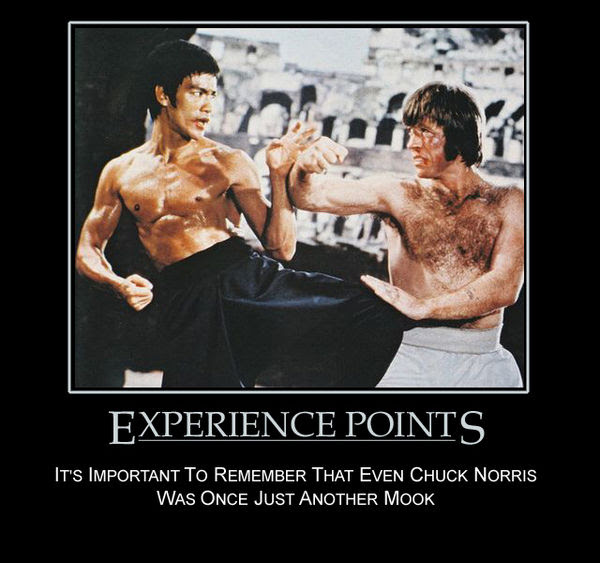 3) A player should always play the character he wants to play, not the one he'll become someday
How many times have you said something similar to this "When I hit 5th level, this character is gonna be bad ass"? Why should you have to wait until you develop into what you want to be? It sets up two possible problems: 1) The desire to attain enough experience to get to where you want to be at the loss of enjoying the journey to get there or 2) Disinterest in the character you are right now because it's really just a transitional period until you become what you really want. I think you should make the character you want right off the bat (within certain parameters of course, no use for God characters at the beginning) and focus on the ride that the GM is taking you on. That is not to say there won't be advancement, because there is, but it is immediate and constant based on, you the player, using the character's skills.

4) The character's power should be based on the character itself, not arbitrary powers and hackneyed counters.
Another thing that's bothered me about a lot of systems, D&D in particular, is things like Spells per Day, and this leads back to a point I made earlier about looking at the character you hope to one day be. How frustrating is it to cast your one spell for the day and have your wizard suddenly become 'dagger artillery'? How many times has your party said something like "We camp for 8 hours to regain our spells"? That seems like an odd reason to camp for the night. It's not because they're tired, it's because the battery on their cleric needs to be recharged. I took inspiration from Raistlin from the Dragonlance books (oddly enough a D&D product) and how he would become very fatigued if he cast too many spells. That is a much more logical and 'role-playing' explanation than "I used all my good spells up, now I can't participate". I would rather see a physical change in the character that he would have to role play rather than ROLL play. Let the character get tired so the rest of the party understands...in fact, let the whole party get tired so there are reasons to role play things besides just fighting. Immersion in the characters and the adventure is the primary goal of what I'm trying to do.

So that's not-so-brief overview of WHY I wanted to write my on system, to answer some of the concerns I've always had about RPGs in general and to offer an alternative.

Next time on EMPIRE, I'll talk more about some of the systems I've put into use, how they differ from what is out there and why I like them...and hopefully you will too.
Posted by The Frothy Friar at 6:00:00 AM