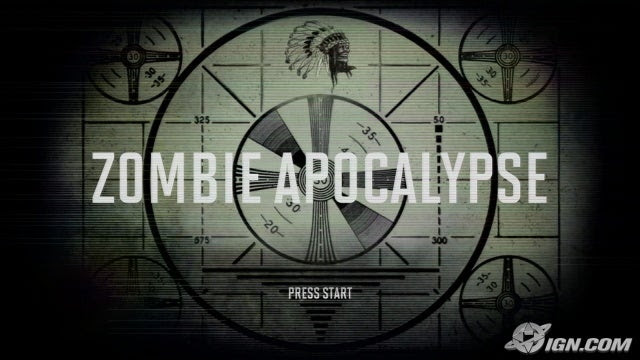 After 31 years of gaming, how am I still surprised by what players do?
So as an interlude, and a way of play testing my game system, some of the players in my group agreed to let me teach them my system and run them through a small adventure.
Being a little worn out on the fantasy genre, I decided to run a zombie-pocalypse adventure. I knew we had our Pathfinder break coming up a couple of weeks in advance so I had time to really plan something interesting with character back stories and location maps and the works.
There were 5 players and me: A scientist, a contract killer, an MMA fighter, a traveling biker with a haunted past, and an EMT. None of the character's knew each other and none of the players knew what the game was going to be about so I gave them their backgrounds, all of which led them to a Red Robin near my house, and put them in their own locations in the restaurant.

While doing a lil search of that thing they call the "Internet", I stumbled on someone that I had totally lost all memory of from my youth. Which is weird because I was a huge fan of his work. I had posters of his artwork all over my walls when I was younger but never knew his name until much later in life.

Anyways, I was a bit fan of Rodney Matthews even before I knew his name. His style is very "Alice in Wonderland" meets Erol Otus. A little darkness and evil mixed in with cartoon-ish fantasy give it a very old-school D&D feel, which I love. 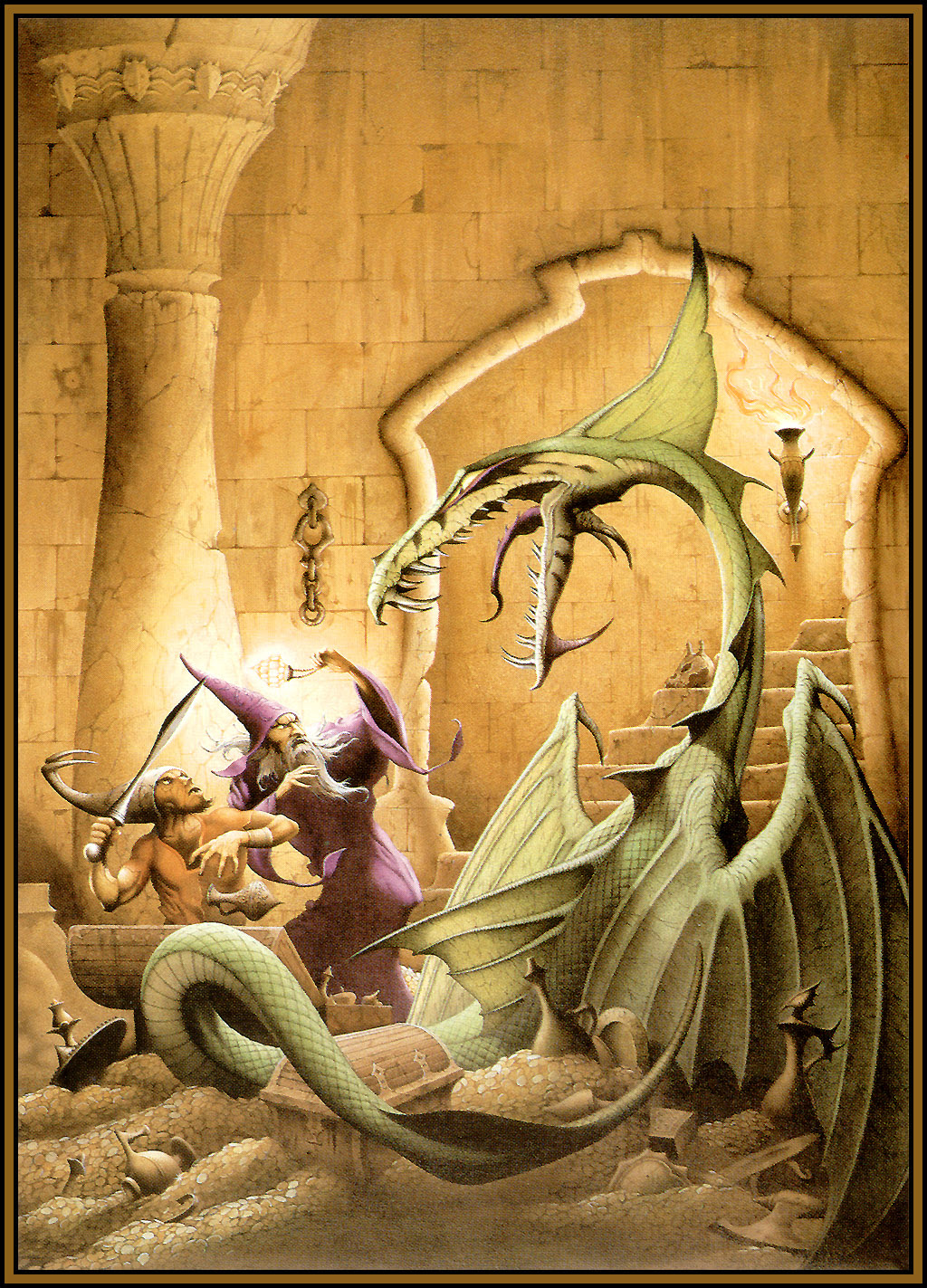 Email ThisBlogThis!Share to TwitterShare to FacebookShare to Pinterest
Labels: Artist of Yor 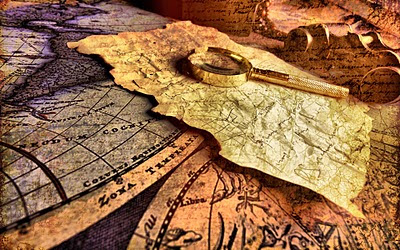 I've been reading a lot of blogs for a while now and some of you have some fascinating things to say and a lot of really good ideas (that I steal from without remorse). I've noticed quite a few people out there creating, or having created, fairly elaborate gaming worlds for your players. And I have to say I'm impressed with what you've done.
Read more »
Posted by The Frothy Friar at 1:11:00 PM 3 comments:

What goes better with Dire Turkey: stuffing or mashed potatoes?

I think I'll devise a Were-turkey template complete with Tryptophan poison that induces sleep on a failed Fortitude save. And possibly a sonic "gobble gobble" attack that causes fear. I'll have to work on it...

Email ThisBlogThis!Share to TwitterShare to FacebookShare to Pinterest
Labels: holiday

I'm Down with OD&D, Yeah You Know Me!

Another game we played during my long blogging hiatus was some old Moldvay basic set D&D.
I ran the game, and it was an adventure I've been working on (unsuccessfully I might add) over the last several months, as is evidenced in my other blog that I barely do anything on Adventure Writing And You. So I decided to forget all the crunch-i-fied newer rules and just run it as a nice, simple Basic Set D&D game. The problem is, it's been 30 years since I even touched that system and a few of the players I had are relatively new to the game so they were stymied by the lack of guidelines in the rule book.
Read more »
Posted by The Frothy Friar at 7:22:00 AM 4 comments:

Email ThisBlogThis!Share to TwitterShare to FacebookShare to Pinterest
Labels: Adventure Writing and You, Basic Set, Dungeons and Dragons 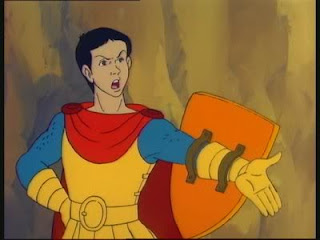 Ok, lets get this out of the way. It's only been a few months since the last poll closed, so lets go ahead and close it out and get on to something fresh and new. But first, the results....

We asked our contestants to name their favorite character from the smash hit cartoon "Dungeons & Dragons". Lets see what they had to say.
Coming in at first place is Eric the Cavalier voiced by everyone's favorite red headed side kick in a 50's sit com, Donny Most with 27% of the votes.
In a 2 way tie for second we have Hank the Ranger voiced by Willie Ames and the evil Venger voiced by the always outstanding Peter Cullen each with 24% of the tallied votes.
In fourth place with 10% is Sheila the Thief, whose skirt was a wee bit short for childrens tv, but I digress. Did she seem a little whiny to anyone else?
Standing proudly in fifth place with 6% is Diana the Acrobat. A much stronger female character than Sheila and, in my opinion, just as strong a leader as Hank...altho, the energy bow is pretty damn cool.
Tied for sixth place with a meager 3% each we have Presto the Magician and Bobby the Barbarian
And dead last with 0.0% of the voting registered are Uni (not surprising) and in a huge upset, Dungeon Master! While a little annoying and with a receding hairline that made it hard for children to relate to, I was surprised that no one voted for our enigmatic patron.
Well, there you have it. Now get out there and start voting for this months selections: Favorite Undead!
Posted by The Frothy Friar at 9:47:00 AM 9 comments:

My Thoughts on Vampire (no, not the sparkly ones) 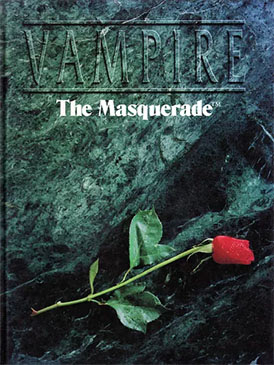 During my long absence from the blog-o-sphere, I had my first real opportunity to play Vampire the Masquerade.
I say first REAL chance because I played once before back in the early 90's but the GM was, how you say...inexperienced. We had a pretty consistent group when I was younger and we usually shuffled DM/GM duties between 3 people (myself included) that way everyone got a chance to play and no one felt they HAD to DM. Anyways, one of the regular "players" found a new game called Vampire that had just come out and he was a huge fan of the genre to begin with. Well, we were all pretty well entrenched in D&D and didn't have time or the inclination to learn a new system so he kindly bought the book and learned the system so he could try running it.
Read more »
Posted by The Frothy Friar at 3:06:00 PM 6 comments:

Email ThisBlogThis!Share to TwitterShare to FacebookShare to Pinterest
Labels: Vampire: The Masquerade 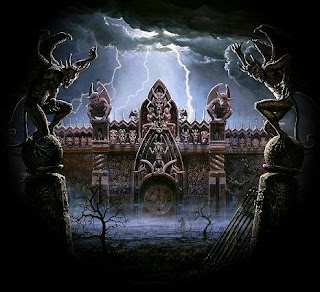 I'm Back...in case anyone noticed that I was gone to begin with. 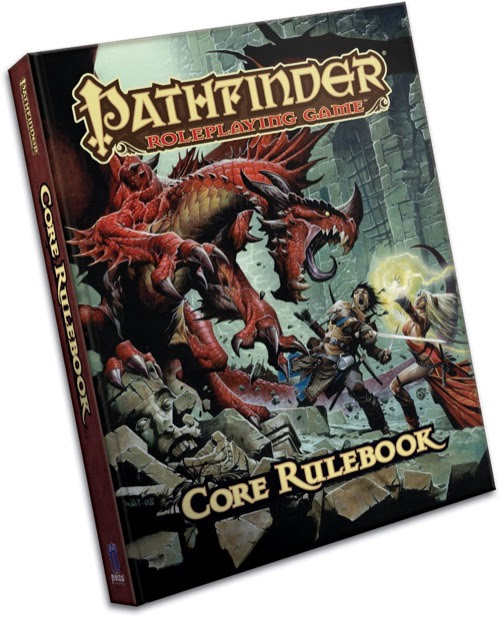 Quite a few changes in the real-life have caused a serious decline in my hobby life. Nothing serious of course, just life getting in the way of fun. But I'm back now and I'm gonna try to post a little more regularly. (As if once in 4 months in regular)
So I've been playing a lot of Pathfinder lately. And by "a lot", I mean once a week when I can make it. And I'm noticing things that I'm not really crazy about. 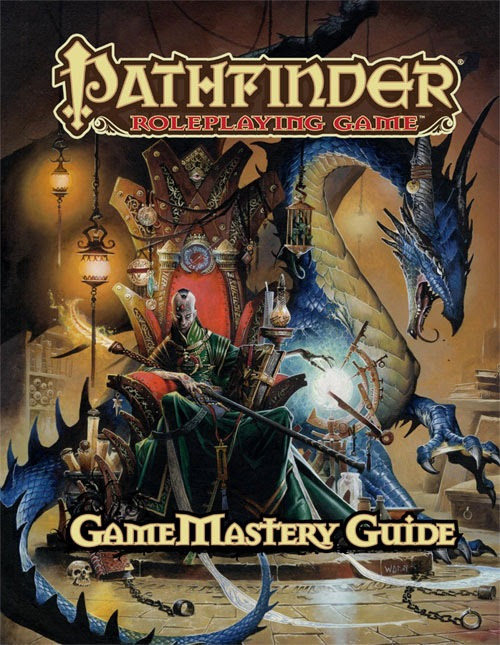 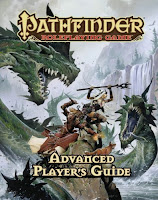 Before I rant a little, let me preface by saying that the guys over at Paizo have done a really good job of picking up the ball that WOTC dropped when they went to 4th edition. Don't get me started on 4th Ed, that's another post all together.
I like that they cleaned up a lot of the mess that was 3rd and 3.5 (rd?) edition and really ran with the ideas. They've come out with some good supplements like the  Advanced Players Guide and the Game Mastery Guide to expand on their already hernia-inducing core rule book. They have interesting new classes and they game itself flows fairly well...for a while.
And now begins the rant(ish) section...
Read more »
Posted by The Frothy Friar at 7:49:00 AM 10 comments: