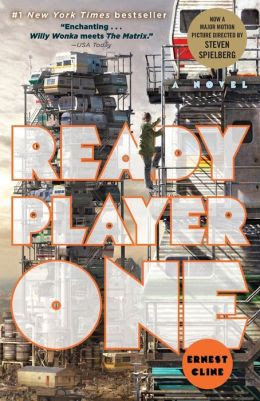 I know the book has been out for a few months now (release date: June 2012), but I just got around to discovering it. And as I spend quite a bit of time on the road commuting back and forth to work, I usually discover them first in Audio Book form rather than book form, so that's how I found this one.

First, let me start by saying that this book will not appeal to everyone. It is a science fiction novel in the Cyberpunk genre and to really REALLY enjoy it, you should be at least familiar with growing up in the 80's. I, luckily, am a fan of cyberpunk AND grew up all over the 80's so I had a distinct advantage going into this one. That's not to say that someone not from that era won't enjoy Ready Player One, but there are a virtual ton of reference to 80's pop and geek culture strewn throughout the novel that might be lost on those unfamiliar with it.

Ready Player One follows our protagonist Wade Watts, a high school kid living in a dystopian future where the world is in shambles due to over-population, oil shortages, food shortages, wars, cats and dogs living together...you get the picture. The only thing the world has going for it, and really the only thing that matters, is a virtual reality simulation called The Oasis. 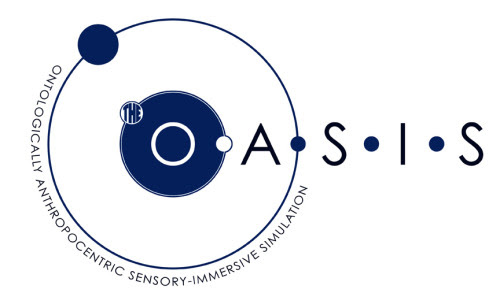 The Oasis is sort of a combination of an MMO combined with Second Life that spans every genre and utility you can think of. Shopping, education, entertainment, adventure and everything else that can be done online is done from The Oasis. People spend most of their lives jacked into The Oasis to escape the bleak reality of their day to day existence. In fact, the Oasis is so popular and so widely used, that even the virtual economy within is more stable and more widely accepted than physical currency. 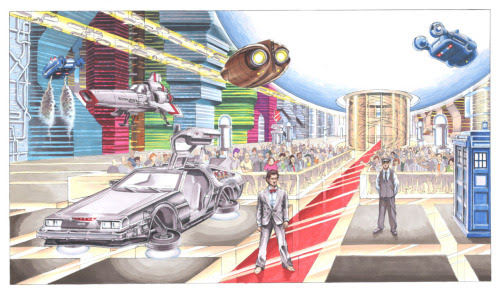 Within The Oasis, anything and everything is possible. It is comprised of 27 sectors, each with thousands of virtual worlds that are created by the parent designer, GSS, or by players with enough credits to buy and populate their own worlds. Each sector typically runs along a theme and each world is usually within that theme as well. There are science fiction sectors such as the Whedonverse that contains Firefly themed planets, that is right next to the Star Wars, Star Trek and Battlestar Galactica sectors. There are fantasy areas including the popular planet Gygax that hosts virtual recreations of all of the Dungeons & Dragons adventures ever created. There is also a Blade Runner world, a world dedicated to shopping, a world specified for education where all kids attend virtual schools, even a world that recreates a popular Canadian rock band's epic concept album (Sorry, no spoilers here). And players in The Oasis can collect items, treasures and vehicles from one sector and take them to others so it is common to see avatars (player character's) flying X-Wing fighters or Spelljammers between worlds or sporting blaster pistols on their hips and a +1 Flametongue sword on their backs.

Wade, along with most of the world, gets caught up in a grand scavenger hunt to find 3 keys to open 3 gates and find the ultimate easter egg which would hand over control of The Oasis and the creator's 240 billion dollar fortune to the winner. Standing in their way is an powerful, and evil, corporation IOI who employees thousands of players to try to win the prize so IOI can start charging for access to everyone's favorite game.

Will Wade have what it takes to find the mysterious keys? Are his Joust skills up to snuff? Does he have enough Family Ties trivia to battle the evil minions of IOI? I sure hope so, or it would make for a pretty dull book.

Overall, I really enjoyed this book; a novel by first timer Ernest Cline. It has a very fun, adventurous feel to it and it is a lot of fun to hear (read) all of the nostalgia that is crammed into the story. He is obviously a child of the 80's as he nostalgia-fu is formidable. While it may not win any awards for realism, and sometimes it almost feels like he is just generating lists of 80's references to show how much he remembers, it is none the less a very fun ride. And adding major bonus points to the audio version, the narrator is none other than Will Wheaton who does a very good job keeping the listener entertained and enthralled in the story.