I was flipping through some adventures the other day and I noticed what seems to be a trend with Pathfinder products...
There is A LOT of detail in those things!
My group recently finished, or rather abandoned (for a completely unrelated reason to the length of the series), the Rise of the Runelords series so I decided to go through the modules just to see what sort of stuff we, the players, had missed. I was surprised to see how dense they were. The first adventure "Burnt Offerings", for example, is a 96 page monster of an adventure. Now, we did run through this for a few sessions, but that seems excessive for the amount of time we spent playing. I assumed that we had just missed a lot of what was in there, but as I scanned it I realized that we didn't. We hit nearly everything in there but it was still a huge book, so I decided to read a little deeper. What I found was there is an extraordinary amount of detail put into them. 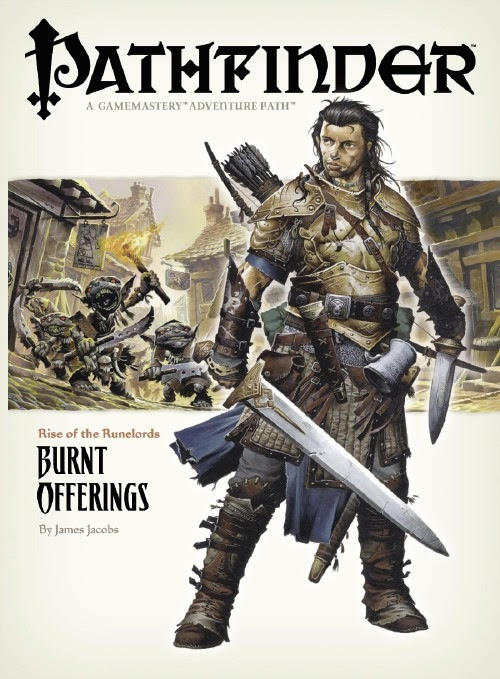 I'm an old school guy from back in the day fo' shizzle and I remember a solid module clocking in at around 35 or 40 pages including maps and the cover.
While I certainly appreciate the amount of work that the people over at Paizo are putting into their products, I have to wonder to myself (and the 3 of you actually reading this), does adding that much detail detract from a DM's ability or need to create for him/herself? I remember adventures being sort of an outline with a minimum of detail to get the DM rolling and still leave room for expansion, alteration and additions. Now it seems everything is wrapped up neatly in a self contained, no assembly required package. Does this remove creativity? Are new DM's going to have their creativity stunted because they are brought up with all the work done for them?
Don't get me wrong, Paizo is not the only company doing this either. I've read a lot of product from a lot of companies and it happens with quite a few publishers. 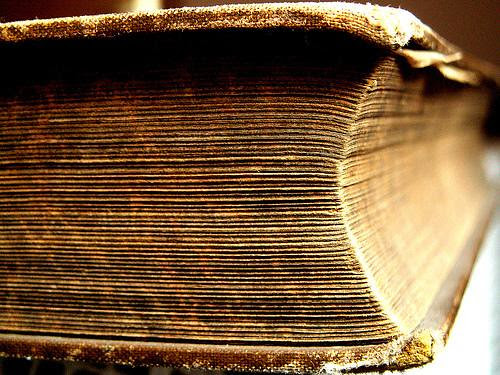 Ya see, I'm one of those crazy DM's that like to create on the fly and have the adventure mutate and adapt to what the players do while they are playing so when I run a module, I usually like to hit the highlights in the book and just get going. Now there is so much background information for locations, and NPCs and factions and flora and fauna (ok, I made the last couple up) that I get bogged down just trying to interpret what the writer was going for. Now I need to know how each NPC's personality interacts with every other NPC and with each type of character class in the party and how this person's background affects what happens in such and such encounter because that will affect how NPC #4 in room 2b will react to the orcs in sub-dungeon 11 of book 3 in the 6 module series.
Now, the real question is: am I just a lazy ass and don't want to be bothered by all that reading?
Like I said, I really do appreciate all the work that goes into writing one of the modules, let alone a whole series of modules, but do they do too much?
Posted by The Frothy Friar at 7:42:00 AM

Email ThisBlogThis!Share to TwitterShare to FacebookShare to Pinterest
Labels: Dungeons and Dragons, Pathfinder