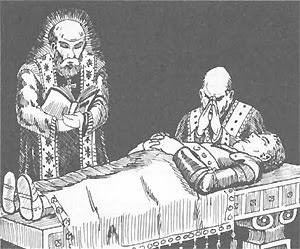 As a DM of many many years, there is nothing I hate more than players ruining a good adventure opportunity with a simple spell.
How many times have you, as a DM, allowed a party to stumble on an interesting Cursed magic item and thought "Gee, it'll be interesting to see how they cope with this" or "This will make for a great side quest to see how they rid themselves of this item" only to have the know-it-all cleric throw Remove Curse all over your adventure hook?
I can understand the frustration of being saddled with a cursed item that weakens your favorite character or a strange malady that forces you to play in a way that you hadn't intended or wanted, but it just seems too easy to rid yourself of anything that doesn't always go the players way. And I guess in a way its nice to be able to actively do something about these ill effects, but wouldn't it be more fun and more interesting if there were a was to do something about it that doesn't seem like just a speed bump in your daily agenda? 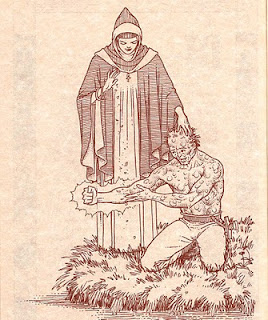 I've often had players square off against werewolves and wererats and all manner of were-whatevers, and inevitably someone is bitten and they contract a fun little disease. Gee, that sounds like a great chance to have them role play having to deal with this malady or at least have them seek out a way to cure themselves and become fully human once more. Silly DM, lycanthropy is for kids! Remove Disease will clear that were-rash right up.
I don't like to force my players into anything if possible (except when they don't go to where my adventure actually is), but once in a while I would like to see them try to solve a problem without just relying on a simple spell that they, at worst, have to camp for eight hours to memorize the appropriate spell. These campaign and character altering adventure hooks simply become a minor annoyance rather than another night of adventure.
I think that these Adventure Ruining Spells are too common or, at least, too readily accessible and can quickly put the kibosh on a DM's plans. Heck, I've even thought of making some of these situations the main focus of an adventure, but it becomes an argument rather that a night of fun!
DM: The gleaming sword your paladin withdrew from the dragon's hoard has become black and drips green venom from its keen edge. You can see the souls of the damned swimming through the depths of the steel blade and you feel compelled to bring destruction upon the world.
Paladin: No problem, I'll cast remove curse.
DM: Ummm, you can't.
Paladin: Why not? Its a curse item and I can cast Remove Curse!
DM: You have to rid yourself of it by going to the ancient volcano in the land of evil.
Paladin: That's Bulls***, you're railroading us!
Maybe I wouldn't have such a problem with these spells if there was actually something involved with the spells that required some real effort on the part of the caster, but there really isn't. Speaking from a 3rd edition perspective (because that's what I have in front of me at the moment), here is basically what is required:
Remove Blindness/ Deafness - 1 action
Remove Curse - 1 action
Remove Disease - 1 action 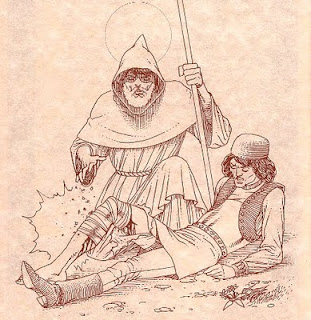 No special components are required. No extended time spend purifying the subject or preparing a herbal brew from rare plants. Hell, it took longer to Identify a magic item! And if you got to a high enough level you got the Granddaddy of all Adventure Ruining Spells: HEAL! Which as well all know heals all damage (if I recall, in 1st Edition it healed all but 1d4 damage, big whoop), cures blindness, removes disease and cures poison. And what does it require you ask?
Heal - 1 action
It's hard for a DM to justify forcing a player to go on an adventure to remove one of these bad mojos when the rulebook itself says they don't have to. It gives the player the impression that "if they DM is just going to throw THAT rule out, what else is he going to throw out when it suits his need?"
Maybe if the spell could temporarily suppress the effects but a long term cure needs to be found, that would allow the player to function normally for a while, but he would still need to do something about it at some point. It was still instill that sense of urgency without completely hampering the players ability to enjoy their character for the night's adventure. And, more importantly, it wouldn't ruin the effect's threat and possible adventure hook for the DM.
Posted by The Frothy Friar at 9:05:00 AM

Email ThisBlogThis!Share to TwitterShare to FacebookShare to Pinterest
Labels: Spells