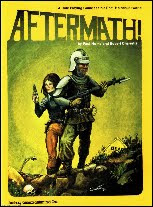 I'm a huge fan of fantasy gaming, but I'm an equally huge fan of post-apocalyptic gaming and all things "end of the world"
The other night I was watching The Road Warrior for the 83rd time and I kinda got in the PA (post-apocalyptic) mood as I sometime do, so I decided to break out my Aftermath! boxed set and browse through it. I've had this same boxed set since 1982, the year after the game was released. I was about 12 at the time, but I guess total world annihilation and the gruesome struggle for survival in a world burned to ash is ok for 12 year olds. Heck, I turned out just fine.
Anyways, I tried to learn this system in my naive youth and, lacking an engineering degree, somehow managed to fail. I can't possibly imagine how... 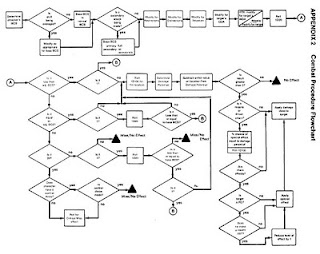 Page 1 of the Combat Flowchart 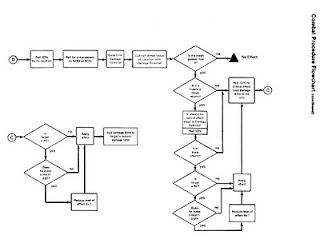 Page 2 of the Combat Flowchart 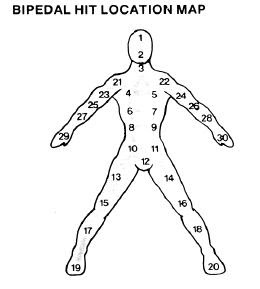 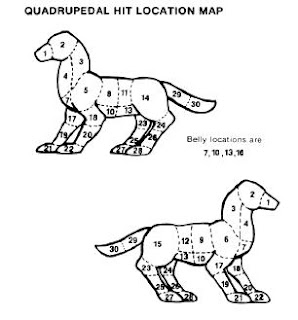 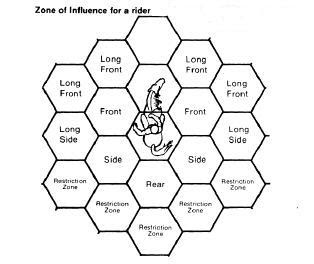 Zone of Influence for a Rider 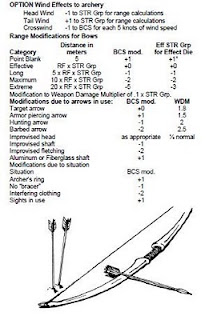 A small example of melee weapon stats including: The utility value of a weapon (?), Survival Value for weapons striking each other, Format of the attack (thrust, strike, entangle etc) and the value of the item if it were to be bartered for.
Its a shame the system was so overly complicated because it had some real potential. I think the designers got to wrapped up in "realism" and forgot about game-playability. Every once in a while I like to read through the rulebooks just to remind myself how mind-numbingly stupid I truly am.
I should have stayed in school....
Posted by The Frothy Friar at 1:14:00 PM

Email ThisBlogThis!Share to TwitterShare to FacebookShare to Pinterest
Labels: Aftermath